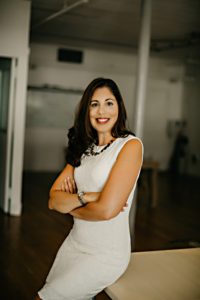 There are certain public relations tenets that hold true regardless of what’s going on in the world.

Perhaps the COVID-19 pandemic is to be blamed for even the most intellectual of us having been glued to the popular Netflix biopic “Tiger King” and enthusiastically sharing the many memes that have followed.

Laughter and crisis-related comforts aside, for every train wreck there are PR lessons to be learned. Here are a few favorites, courtesy of the cast and characters of “Tiger King”:

1. DIY PR may not be in your best interest.

Sure, it saves money to hire your favorite store manager from Walmart—the one most familiar with your gun and explosives purchases—but even if that person is the most ambitious and level-headed guy around, as was Joshua Dial, he likely will lack the decades of experience needed to aptly handle a crisis PR situation and to strategically roll out your most critical campaign messages.

This is especially true if you are a hard-to-handle client, or if you have some 40-acre-zoo-sized challenges ahead of you. Think twice before doing what’s cheap, fast, easy or convenient and instead focus on doing it once and doing it right.

2. Doing the right thing is still the most important thing.

Trust is the cornerstone of all great reputations, so no amount of spin will counteract poor decisions, illegal activities or plain old talking without thinking. While Jeff Lowe is not behind bars, his reputation is as criticized as his fashion choices and taste in women—and for good reason.

3. It takes longer to rebuild a reputation.

The court of public opinion is harsh. Just ask Carole Baskin, who while never formally indicted for her husband’s disappearance, has been fighting a battle since August 18, 1997. While it probably wasn’t what Warren Buffet had in mind when he said, “It takes 20 years to build a reputation and five minutes to ruin it” the aphorism still fits.

Hot headed antics, like blowing up doll versions of your business nemesis, might be hard to spin around, and if you’re seen in front of cats in tiny cages, but preaching about how they should be free and wild, you’re in for some trouble.

However, even a stopped clock is right twice a day. Branding your message can make you the cat’s meow. The very act of calling yourself “Tiger King,” “Bhagavan” or starting all of your social media posts, a la Carole Baskin, with “Hey there, you cool cats and kittens…” cements your branding and message more solidly than the septic tank beneath Baskin’s sanctuary.

It also helps to dress the part as image extends beyond what you say. Bring on the leopard print leggings and let the brand building begin.

5. Not all publicity is good publicity.

Ask Oklahoma and Florida’s tourism departments about this one. Not every moment in the spotlight is one you want to celebrate.

On a serious note, your business or organization should be judicious in its release of news, rather than inserting itself into every single dialogue. Sometimes the best thing to do is to quietly develop a plan and to proactively position your business, especially if an unfair attack comes your way. The best defense is always a great offense and—as someone should remind Mr. Exotic—if you have nothing positive to say, you might be better off not saying it.

6. Own your corner of the jungle.

One thing is for sure, the lead characters in “Tiger King” knew that the combination of paid, earned, owned and social media tactics were the real king. Sitting comfortably on a throne of self-produced videos, blogs, vlogs, live streams, news story mentions, feature stories and in-person road shows meant Joe Exotic and Carole Baskin reigned supreme as the two leading faces of big cats worldwide. Love them or hate them, they are top of mind.

7. Work your social media and SEO.

Both Joe Exotic and Carole Baskin leveraged the power of SEO and knew that it was worth killing for, literally. In the quest to become No. 1 Joe Exotic lost it all. The one thing both Exotic and Baskin got right about is how cultivating a social media following offers daily opportunities to educate, inform, inspire and entertain.

As former G.W. Zoo manager John Reinke once famously said, “I’m sure y’all got a good story to tell.” Be sure to follow these tips so 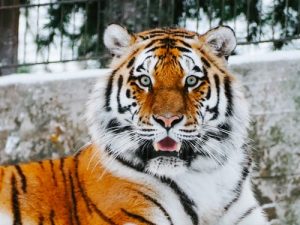 you’re not held captive by bad PR and marketing. After all, not even Joe Exotic’s arsenal of weapons can save you if you blow up your own reputation.

Filomena Fanelli is the CEO and founder of Impact PR & Communications. Contact here at filomena@prwithimpact.com.