Lately we’ve noticed a trend. The world has gone “cap happy,” starting each word with an extra bit of emphasis by capitalizing liberally. After all, being Vice President is more impressive than vice president, isn’t it? Or being on the Board of Directors surely is more special when the “b” and “d” are in uppercase. Oh, the prestige! We get the enth 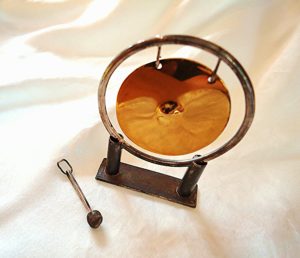 usiasm and desire for extra oomph, but, unfortunately, that gong sound you’re about to hear – gooooong – is us putting a stop to this incorrect practice.

Besides our deep desire to adhere to The Associated Press Stylebook guidelines, the gold star of journalism standards, there’s something to be said for restraint. Used appropriately, capitals stand out in a sea of lowercase letters, bringing attention to key words. Plus, when used sparingly in media materials, the words are easier to digest for the reporters we send press releases to or in that biography posted to your firm’s website. This makes you or your business seem more credible and polished. Nice.

Now, a quick cheat sheet for all of you who don’t have a Stylebook handy and want to know if you’re spot-on or getting a little “cap happy”: 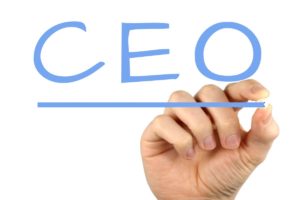 ndividual’s name, such as real estate agent, technician or salesperson. To keep things interesting, watch for professional titles attributed to status, such as Realtor, which is capitalized because it indicates that a person is a member of the National Association of Realtors.

Being on the board of directors is indeed prestigious, but it’s written in lowercase.

Areas of specialty and divisions

If it’s a general area of a company or practice, such as the advertising department, sales team or technical division, keep the words in lowercase, except when a proper noun is included, i.e., the English department. Ditto with being in the field of public relations. However, Vice President of Public Relations Sally Smith requires uppercase for the first letter of each word since we are talking about her official title (and it appears before her name). Rock on, Sally!

First and last names, countries and cities should all be capitalized, as well as commonly known nouns such as Democratic Party, Swanee River or Electric Avenue (the place you’d rock down to if you’d like to take it higher). If you pluralize the name and it’s no longer tied to a specific entity – think “Mississippi and Hudson rivers” – revert back to lowercase when you write “rivers” and you’ll be on track.

Go for lower case when using the shortened form of a degree, such as bachelor’s or master’s degree, but keep it capital for full references like Bachelor of Science or Doctorate of Physical Therapy. Also, professional licenses and certifications are written in lower case when not used with a proper name.

Capitalize company and organizations names, as in Dutchess County Regional Chamber of Commerce, but not references to business types, for instance, several chambers of commerce.

Even though writing is a creative endeavor, there are still rules to follow. Not sure? Take a moment to check or ask a writer pal. Remember, when you write right, your words stand out – in the right way.