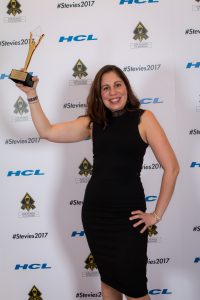 Who doesn’t love a good awards ceremony? The over-the-top fashions, the acceptance speeches and the build-up that comes with the opening of an envelope keep most of us on the edge of our seats – or couches.

Often just as exciting, and certainly meaningful, are business awards that elevate the reputations of the recipients, whether they are regional or industry-specific. Winning a prestigious award can put a company on the map, help a nonprofit get in front of more would-be donors or differentiate one business from the next.

A perfect example is found in the story of an entrepreneur who relayed how she was surprised when she started getting strange inquiries to buy her firm, even though she never expressed interest in doing so. Why had the phone been ringing? After a few of these calls, the lightbulb went off: they had seen the major awards the agency won in nationally ranked programs and took notice.

For years, she wrote off submitting for these awards, thinking they were a waste of time, but now she realized how important they really were. The recognition put her on the radar of would-be clients, partners and even her eventual purchaser.

With that, let’s state the obvious. Not all awards are created equal. In fact, some are even scammy shakedowns, so the first step is to do some due diligence to ensure the awards program is a genuine opportunity in the first place.

If you vet the opportunity and it’s legit, here are some tips to help you improve your odds of nabbing that noteworthy award and the sweet recognition that comes with it: