When it comes to your crisis communications plan, should you “sweep the leg?” Here’s some PR advice from the hit Netflix show.

Inspiration strikes in the funniest places sometimes, including bingeworthy shows on Netflix.

Season three of “Cobra Kai” debuted on Jan. 1 and brought with it a bevy of PR and marketing lessons that even the most “kickass business,” as main character Johnny Lawrence might say, could benefit from:

1) Guard your reputation with your life.

A reputation in tatters is hard to come back from, as LaRusso Auto Group quickly learned in this season of “Cobra Kai.”

The karate-filled brawl that happened at West Valley and at the hands of one owner Daniel LaRusso’s students, Robby Keene, had serious repercussions beyond high schooler Michael Diaz being put into a coma. It led to a tarnished image, not only for the dojo Daniel LaRusso runs, Miyagi-Do, but also for his car dealership business, which quickly saw sales plummet. While dramatic, this serves as an excellent reminder that employees are the face of any company and their actions, inside and outside of its walls, or on or off the clock, can cause sweeping damage.

2) Forge relationships (before you desperately need them).

The essence of great public relations is building mutually beneficial relationships. This season of “Cobra Kai,” we witness Daniel heading to Japan to meet with executives at Dayona headquarters in an effort to keep his business intact. However, it was Daniel’s run-in with Yuna, a little girl Daniel saved in a typhoon many years back in Okinawa, that truly saved the day.

While most executives have never rescued someone from a natural disaster, this scene serves as an important reminder that the most critical relationships may be formed years, maybe decades, before they are needed, and without any awareness of where they will lead.

So, go on and connect that member of the media to a source, even if there’s no immediate benefit to you, or do the right thing by your community when no one is watching. You never know when that goodwill will pay off and it’s likely you won’t have to travel halfway across the globe to correct course if you steadily nurture your personal and business friendships with as much attention as Mr. Miyagi trimming one of his beloved bonsai trees.

3) Join forces to increase your strength.

You don’t need to be as wise as a sensei to realize that two parties are stronger together than apart. When Miyagi-Do and Eagle Fang Karate merge their respective dojos, and Daniel and archnemesis Johnny Lawrence become co-instructors, they put their students in a better position to take on Cobra Kai and its merciless leader, John Kreese.

One or more businesses aligning can strengthen a PR pitch or make an event far more newsworthy, leading to greater results for all. Similarly, for-profit businesses that team up with nonprofits can send a message of corporate social responsibility and demonstrate company values, and competitive differences, in a more memorable and meaningful way.

4) Use social media to elevate your image.

While Lawrence’s lack of tech savvy can be laughable—such as his suggestion to student Miguel to “add one of those hash browns” to the end of a social media post before excitedly sending an update “to the Internet”—in the real world, ninja-like 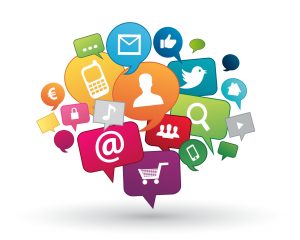 digital and social skills are essential for survival.

From curating the right photos and carefully crafting copy, to nailing name and slogan choices (sorry, “Bite like an eagle” won’t cut it!), you don’t need a black belt in social media to see success. You do need to bring knowledgeable professionals on board or commit to continued learning, though.

5) Messaging always matters, but so does presentation.

While most “Cobra Kai” fans have no love for Kreese, he certainly knows how to get his message across. When Kreese, along with Johnny and Daniel, heads to the City Council meeting to protest the cancellation of the All Valley Karate Tournament, a move councilmembers made in rash response to the what the media dubbed as “the karate riot” at the local high school, it is Kreese who eloquently states his position. Following hot-headed complaints, including one from Daniel’s wife Amanda LaRusso, who flew off the handle, Kreese calmly shares his background as a retired Army captain who served in Vietnam, wisely addresses the people before him by their proper titles and hits all the right talking points to make himself seem like a respected authority.

Sneaky and underhanded like a snake charmer? Sure, but there’s much to be learned from Kreese’s approach. Business leaders looking to be seen as experts should properly prepare before they do media interviews or show up at town planning board meetings, present professionally and, yes, measure their words. It’s the equivalent of seeing a kick coming and being able to block the blow.

With so many lessons to be learned, what PR and marketing messages from “Cobra Kai” packed the biggest punch for you?

Filomena Fanelli is the CEO and founder of  Impact PR & Communications. Contact her at filomena@prwithimpact.com.