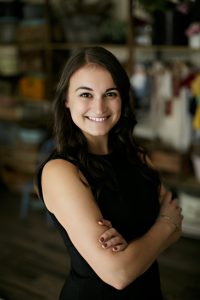 As you may have read in our latest newsletter (if you’re not already subscribed, do so here and thank us later), the Impact PR & Communications team dubbed 2020 “the year of no fear”. And while this means a number of things, one of them includes being mindful about the things we do and warmly welcoming change. One change you’ll begin to see are updates and changes to our website to best reflect who we are, what we do and why we do it. In doing so, our team took a stroll down 2019’s memory lane and what an impactful (pun intended) year it was! We were lucky to be part of exciting events, onboard new clients, move into different industries and a we have a slew of incredible results and goals met thanks to the teaming with our forward-thinking clients. So, in the spirit of reflecting back on all the team has accomplished in the past year and where we’re heading in 2020, we’ve rounded up just a few favorite hits and highlights we were proudly part of in 2019. 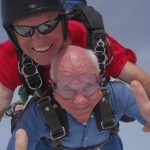 There wasn’t a more heart-warming story than this one in 2019. Just weeks after turning 90-years old, Paul Robitaille jumped out of a plane in support of autism awareness. Spectrum News was on the scene at Greystone Programs’ annual Leap for Autism event to get the full story. 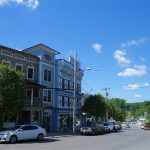 Forget the Hamptons. These are the Best Summer Escapes from New York City

In working with Dutchess Tourism, a leading tourism destination office in the Hudson Valley, the lesser-known village of Millerton was ranked among the ‘best summer escapes from New York City’ by top-tier travel outlet, Lonely Planet. 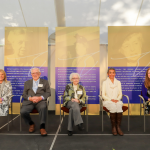 It’s not every day that human rights and social justice activists are honored in your backyard and it’s not every day you land a hit in the nation’s number one daily newspaper, but that’s exactly what happened when client, Eleanor Roosevelt Center at Val-kill (ERVK) held its memorable Medals Ceremony in Hyde Park in October. Get the full scoop from USA Today. 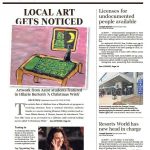 It’s a publicist’s dream to secure a cover story, so you can imagine our delight when long-standing nonprofit client, Astor Services for Children & Families was featured on the front page of the Poughkeepsie Journal in December as artwork from the organization’s art program was featured in Lifetime’s  “A Christmas Wish.” 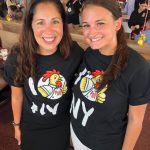 Beloved in more than 60 locations around the country and known for its insanely good chicken, PDQ opened up its first New York location on Long Island last July. The Impact team was thrilled to be tapped to promote the news of this chicken making a splash in the Big Apple (who can resist tasty chicken and decadent milkshakes?) and even more thrilled to land this feature in Long Island’s major daily newspaper, Newsday. 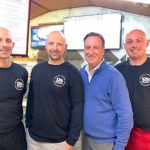 This fall, Impact hit the ground running with newest client, Eastdale Village to announce anchor tenant, Rossi’s Deli to the preplanned community in Poughkeepsie. If you’re a local, you understand the excitement around Rossi’s opening a second location, and if you’re not local, you’ll want to read up on the hype in this feature story in Hudson Valley Magazine…and perhaps plan a trip here soon.

While this is a small representation of our work last year, these are just some of the stories that made a big impact!