Running a PR firm, I am fortunate to work with a variety of clients, and no two CEOs or company spokespeople are the same. Some are full of charisma and charm, and eloquence flows from them whether they are in front of a room full of reporters or one-on-one. Others, not so much. So, what can you do if your company or organization’s spokesperson is not ready for prime time?

Avoid Unscripted Moments
It’s no secret that as newspapers and other publications have evolved in the digital age, reporters are extremely busy cranking out articles with less time and resources at their disposal than in the past. Reporters often appreciate receiving submitted quotes, statements and even well-written, comprehensive press releases that they can easily tweak into stories. Likewise, publications are constantly seeking content, especially from experts in a field. So, don’t hesitate to submit Op-Eds and bylined articles by your spokesperson. This provides an easy way for intelligent but introverted, or less-than-dynamic CEOs to become known as thought leaders in their industries.

Coach Your CEO
Maybe your CEO or spokesperson is in a role where they must speak publicly and face reporter questions. Perhaps they could benefit from a little coaching. The first step in this would be to research detailed talking points on the possible interview topic for your CEO, and then spend time going through the talking points together, privately. Reporters will often give you the questions in advance, if you ask. Brainstorm any other possible questions the CEO might be asked and talk 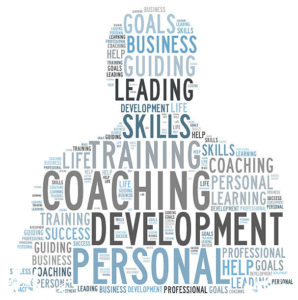 through scenarios with them. Much like you might coach a candidate for a job interview, or a politician before a debate, cover all of the bases and practice different approaches to getting your message across. If the CEO gets nervous, give them tips on how to make themselves comfortable, such as speaking about a topic they are passionate about, or finding ways to connect with the reporter. And – remind them that reporters are just doing their jobs and that they appreciate cultivating professional and collegial relationships with their sources.

Seek an Alternate Spokesperson
Sometimes the best spokesperson for a topic is not the obvious choice or the person with “the title.” During a past campaign, for a healthcare company, we chose to have a head of a particular department, rather than the head of the entire facility, serve as our voice because he had a deeply personal connection to the cause. He lost his own parent to the very disease we were opening a facility to address and his authenticity was unmatched, plus he was well spoken and likely to appeal to the target audience given his demeanor and compassion. It worked out exactly as planned and led to a huge client win, with us exceeding the business goals we agreed upon at the start of the engagement and winning an award for our public relations and marketing approach.

While it’s always nice to work with a CEO or spokesperson who is a media darling, don’t despair if your leader doesn’t possess those talents. There are ways to work around this challenge and even help them up their spokesperson game – it just takes a little ingenuity and a good amount of preparation.