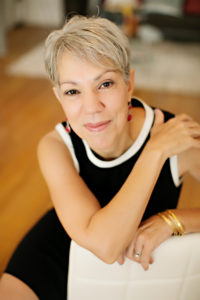 A recent article in the Huffington Post talked about the importance of not just business networking, but more importantly, in-person, eye-to-eye, handshake-to-handshake networking. That’s not to say connecting across social media platforms isn’t essential, too, but as the article pointed out, virtual associations can’t match the impact of those made face-to-face: “Making a personal connection with eye contact, an air kiss, bow, fist bump or handshake, and solid conversation is still the most powerful networking.”

Add to that the principle that the bigger a business person’s network is, the more opportunities and relevance the individual will realize in his or her professional circle and community, and the message becomes clear: get out and network.

But what if you’d rather not?

While there are plenty of readily available tips online and in print that address ways to overcome a distaste of networking, is that dislike a negative trait that needs to be surmounted? Do people that don’t like to network lack in some way?

Of course not. However, like with any other pursuit, engaging in something that’s at odds with one’s personal leaning becomes more important when it forwards the individual’s aspirations; in the case of networking, increasing business prospects. Yet the trick in not only doing but also enjoying something outside one’s tendencies isn’t as much about finding ways to endure seemingly unpleasant experiences. It’s about turning that distaste into something agreeable. And that requires a shift in perspective.

Any successful dieter knows that losing then keeping weight off happens because he’s embraced a changed perspective. Here, long-term success isn’t based on a person’s willpower to repeatedly deny himself his favorite, unhealthy foods. It’s in the belief that the foods no longer serve his purpose; that they stand in the way of who he wants to be.

It’s the same with networking. Networking is easier—enjoyable, even—when participation moves from being a must-do chore to an activity that aligns with one’s beliefs; an opportunity that matches the person’s ethos. Easy enough.

But what happens when it doesn’t? What happens when a person can’t find a way to genuinely connect with the idea of networking? Well, either he begrudgingly does it anyway or avoids networking opportunities and finds another way to grow his business.

Certainly, chatting it up in a roomful of business colleagues can help widen one’s professional circle and open the way for the wonderful and sometimes surprising synergy that comes from sharing ideas with others. It’s also a great way to get to know individuals better, spread-the-word about one’s business to others, learn about other operations and forge potential partnerships. More than that, mingling with familiar and new faces just might brighten one’s day with an unexpected dash of fun. Besides, that hard-to-catch contact could end up in an adjacent seat.

But networking isn’t the only way to connect with others or achieve business success.`

Extrovert, introvert, business executive, middle manager or staffer—all successful people in the workforce learn how to take advantage of or create opportunities for advancement, whether they’re networking events, occasions to author works, frequent blogging, research projects, higher education courses or other ventures. Find yours and soar.