When It Comes to Public Relations, is a Letter Better?

One of my favorite, most underutilized public relations tactics is penning a Letter to the Editor. I know, you’re thinking that these 150- to 250-word notes on the Opinion page of a newspaper or front portion of a magazine are a dying breed. They’re nothing but a place for a political rants and public complaints, right? Who reads them, anyway? Think again. 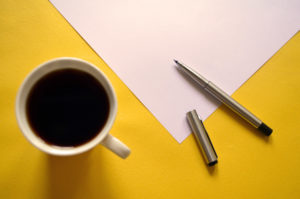 Letters are far more than a place to unleash your distaste for a politician or to endorse a town supervisor. When well-written and strategically crafted, they are a powerful way to thank volunteers, and make the community aware of a resource, public event or issue of concern. They’re also a great place to weigh in on a story that has already been published and share another viewpoint, correct public record or elicit a strong call to action.

Our clients have authored many of these letters with our encouragement and guidance — and with great results. For instance, an attorney we work with talked about his feelings regarding a legal verdict, highlighting his area of specialty and sharing a viewpoint for others to consider. A non-profit client thanked attendees and dignitaries for making its milestone anniversary ribbon cutting successful and supporting its work to date, all while nodding to the widespread influence its projects had on that very community. I’ve seen development proposals get shot down before planning boards and the public turn out in droves, all thanks to the same tactic: an effective Letter to the Editor.

Being in this highly visible, often controversial section of a newspaper or magazine can help clients stand out among the loud noises of today’s cluttered, information-overloaded media landscape. A letter can catch the attention of readers, since there are often so few on a page, creating a prime placement situation. Furthermore, the message does not stop once a letter is seen in print. Opportunities to share these short letters – which are tailored perfectly to the quick attention of the average American reader – help widen the importance and reach of messages. Businesses and non-profits can share published letters on websites, social media channels and with internal audiences. Few PR tactics pack such a punch with such a minimal investment of time.

Clearly, a succinctly written, sharply edited Letter to the Editor is an excellent way to reach new and existing audiences in a fresh way. So, the next time you are wondering if there’s another way to get your message across besides a press release, consider summing up your thoughts in a few short paragraphs. After all, sometimes less can be more.

This article originally appeared in CommPRO.biz.