Winner, Winner: Celebrating How We Make An Impact 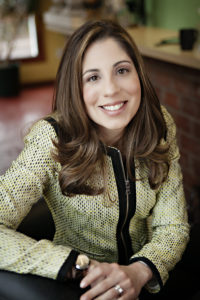 Anyone in the public relations industry – and anyone who runs a business, in fact – knows how much hard work is involved. In between all the non-glamorous moments, there are often wins worth celebrating. Our team at Impact PR & Communications recently got some good news and we had to shout it from the rooftops (at least the ones in the Hudson Valley, anyway). We won an award! Not just any award… the Stevie Awards for Women in Business.

Before we head off to New York City to toast the accomplishment, we wanted to share the news with our blog readers. Straight from our press release – yes, we issue them for our own firm, too – here’s the scoop:

Impact PR & Communications, Ltd., an award-winning Hudson Valley public relations firm and certified Women’s Business Enterprise (WBE), has been named a finalist in the “Women-Run Workplace of the Year” category in the 14th annual Stevie® Awards for Women in Business, and will ultimately be a Gold, Silver, or Bronze Stevie Award winner in the program.

The Stevie Awards for Women in Business honor women executives, entrepreneurs, employees and the companies they run – worldwide. The Stevie Awards have been hailed as the world’s premier business awards.

Gold, Silver and Bronze Stevie Award winners will be announced during a gala event at the Marriott Marquis Hotel in New York on Friday, November 17. Nominated women executives and entrepreneurs from the USA and several other countries are expected to attend. The event will be broadcast on Livestream.

“We are looking forward to celebrating the accomplishments of the deserving women and women-owned businesses being recognized this year and humbled to be in their company,” said Filomena Fanelli, CEO and founder, Impact PR & Communications.

Finalists were chosen by more than 170 professionals worldwide serving on five specialized judging committees. Jurors’ average scores will also determine the Gold, Silver and Bronze Stevie Award placements from among the finalists, which will be revealed at the November 17 event in New York.

“Every year we say that the current crop of Stevies for Women nominations couldn’t be better, and the next year we’re proven wrong,” said Michael Gallagher, founder and president of the Stevie Awards. “The judges’ scores and comments bear witness to the fact that this year we will honor a truly remarkable class of women and women-led organizations in New York on November 17.”

Details about the Stevie Awards for Women in Business and the list of finalists in all categories are available at www.StevieAwards.com/Women. 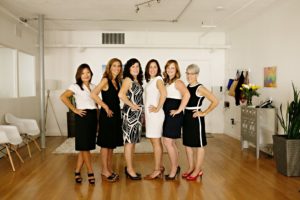 Thanks to everyone who has rooted us on since day one (male and female) and to all of the women who have paved the way before us. We truly appreciate it. And to all of the other incredible women-run businesses doing great work every single day, with or without the awards to prove it, we salute you!