Your Company’s Reputation is No Laughing Matter

Nine PR Tips to Prevent a Fall from Grace 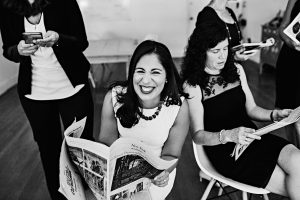 My brows raised in unison and drew closer together. Jimmy Fallon… in hot water? That’s a name I didn’t expect to see alongside a phrase like that. I read it again, just to make sure. I mean, the guy is so darn LIKEABLE.

It was mid-2020 and, by all means, the year of all years when it came to people being called out for bad or insensitive behavior, past or present. Be it racism, sexism or political beliefs, the court of public opinion issued swifter and louder verdicts than ever before.

Jimmy was trending on Twitter, under the hashtag #JimmyFallonIsOverParty. The reason for this sudden declaration he was over and done with? An unearthed 20-year-old Saturday Night Live (SNL) skit of him impersonating actor Chris Rock in blackface. The Internet outrage grew fast, but the response that followed was fascinating. I was watching the reactions more closely than the best episode of SNL. What would he do? Would the public insist he be fired? Would ratings go down the tubes?

Fallon said some had told him to remain silent in the wake of the controversy, but he then heard other counsel that felt right to him: he issued an apology and used his show as a platform to talk openly about the matter. Before long, Rock himself came to Fallon’s defense and proclaimed how they are friends, that intent matters and that Fallon never set out to, and in actuality did not, hurt him. It seems, even in the midst of “cancel culture,” Fallon was reinstated.

What is cancel culture exactly?

Cancel culture is a modern-day form of ostracism or boycotting, in which the offender is called out in shame on the Internet, social media or in the news by being “cancelled” or having support or sales withdrawn from them, depending on if it’s an individual or a company. No matter what name you give it, it’s a serious concern for many, from food brands to celebrities and even small business owners, who worry about being on the receiving end, whether unjustly or deservingly so.

What’s a brand to do?

While no two matters are exactly alike – and offensive behavior is never appropriate or excusable – there are a few things, on the brand side, that can be done to limit and minimize risk.

Last, but not least, here’s one final tip to apply from this day forward: Acting honorably at all times is always the best way to go.

About the Author:  Filomena Fanelli is the CEO and founder of Impact PR & Communications, Ltd. (www.prwithimpact.com), an award-winning public relations agency based in NY’s Hudson Valley region, with clients throughout the tri-state area. Fanelli can be reached at 845.462.4979 or at filomena@prwithimpact.com.